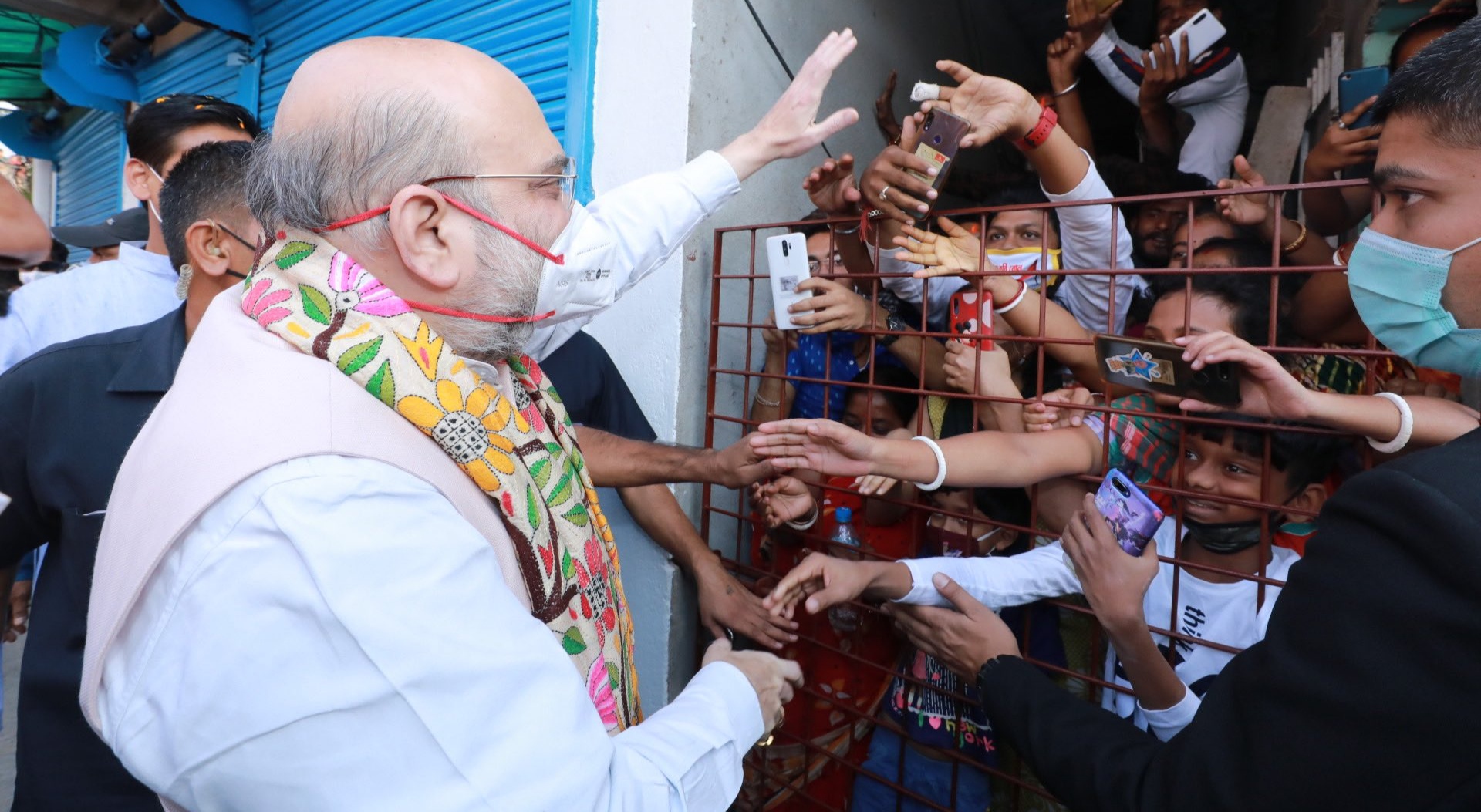 Rahil Nora Chopra :  The crucial election in Bihar and by-polls of 28 seats in Madhya Pradesh are close to end and the preparation for the West Bengal assembly election has started with the two day visit of Union Home Minister Amit Shah in West Bengal where he visited on November 5 a tribal family in Bankura district and Bangladeshi refugee family from Matua community in Kolkata. Mamata Banerjee also reached out to these very two communities with a string of incentives and financial aid. On Wednesday the state government granted land rights to 25000 refugee families and she said 1.25 Lakh families would eventually stand to benefit. Meanwhile Amit Shah has fixed a target of 200 seats out of 294 assembly seats in West Bengal. The election is due early next year. Amit Shah has appealed to the people to over throw Mamata’s govt and give the BJP an opportunity to serve and build Sonar Bangla.