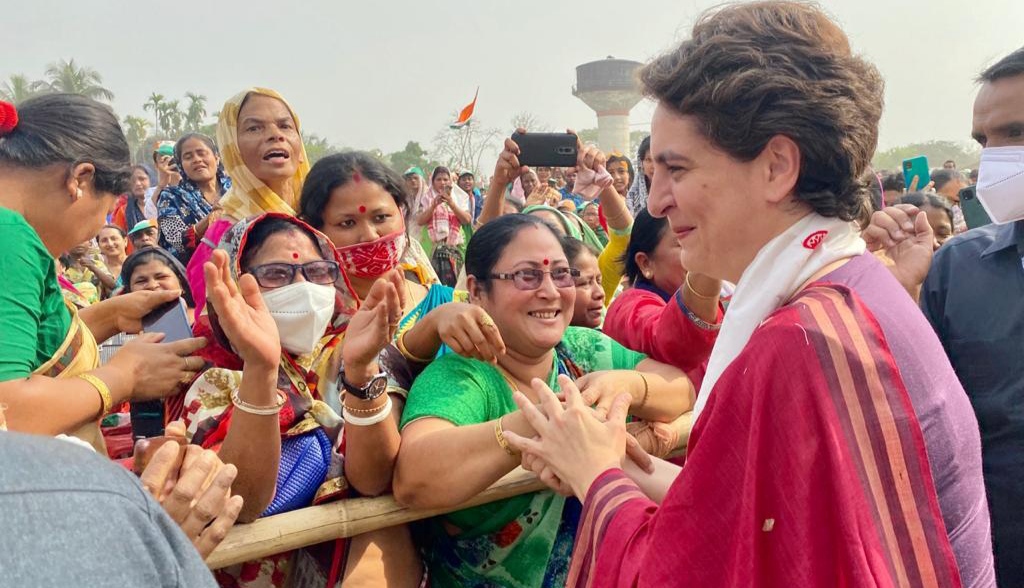 Congress General Secretary Priyanka Gandhi Vadra in her election rallies in Assam has repeatedly alleged that the BJP governments in Assam and at the Centre have been transferring assets of Assam to their close friends. “They have not even left the animals in your zoo which they gave to the sons of their billionaire friends for keeping them in their personal zoos. They have sent two black panthers… Why? Who owned it?” Priyanka also alleged that the Assam state and central governments are looking to sell ONGC, airports and other public assets to their friends in business. In January, Adani Enterprises signed a concession agreement with Airports Authority of India (AAI) for operating and maintaining Guwahati airport. In February, the opposition Congress in Assam had condemned the transfer of black panthers from the state zoo to Reliance’s zoo. Activists of Chiriakhana Suraksha Mancha in Guwahati had also protested in front of the zoo. It is not for the first time that the Gandhis are indirectly attacking the Ambanis and Adanis.