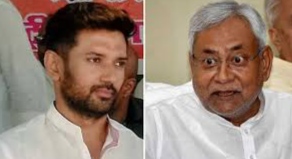 Rahil Nora Chopra : Bihar will go to polls in three phases from October 28 to November 7. This will be the biggest election since the outbreak of Covid-19 in February/March this year. However, the Covid-19 pandemic is not the only factor which could matter this election; there are other issues which could shape the poll outcome in the state. The perception of the ruling JD(U)-BJP alliance led by Chief Minister Nitish Kumar at present is radically different from the 2015 election, when the JD(U)-RJD combine won the polls decisively. This time, the JD(U) and RJD are fighting against each other. Moreover, JD(U)’s alliance partners, BJP and LJP, are demanding more seats sensing the anti-incumbency against Nitish Kumar. On the other hand, JD(U) too wants to contest more seats as JD(U) had bagged 16Lok Sabha seats in 2019; therefore, the party wants to contest half of the assembly seats this time. In atleast two assembly elections since 2019 Lok Sabha polls, i.e., Maharashtra and Jharkhand, the BJP has paid a heavy price for having failed to sort out the seat division with its respective alliance partner. While Jharkhand saw pre-poll fallout between the BJP and the All Jharkhand Student Union, in Maharashtra, the Shiv Sena broke with the BJP and walked out of the NDA. It seems possible that the distribution of seats will make neither Nitish Kumar nor Chirag Paswan particularly pleased. Secondly, the number of Muslim votes which Nitish Kumar’s party JD(U) got in the 2015 Assembly elections may not suffice to return JD(U) back into the seat of power. Chief reason is BJP’s politics of Hindutva, because of which the Muslim voters prefer the RJD-Congress alliance. However, All India Majlis-E-Ittehadul Muslimeen (AIMIM) is to watch out for, whether the party can divide the Muslim vote as it has managed to win a by-election in the Muslim-dominated northeastern region of the state. Any significant gains for AIMIM will definitely dent the Muslim support to the RJD alliance. The big factor is the Covid-19 induced loss in remittances from Bihari migrant workers, a share of 35% in Bihar gross state domestic product, which has severely impacted consumption at the household level. Another factor is the poor health infrastructure which has affected the whole of Bihar and people are visibly annoyed. Large sections of the socioeconomic elite in Bihar are NDA supporters, but increase in the spread of the virus will definitely make them stay indoors and prevent them from participating in the voting.