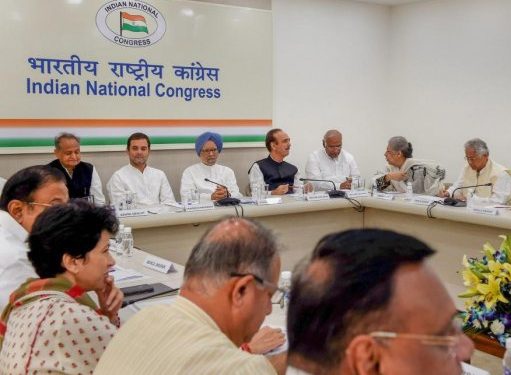 Rahil Nora Chopra : The absence of Randeep Surjewala and KC Venugopal at the meeting of senior Congress leaders convened by Sonia Gandhi on 19 December was noted by many in the party. Surjewala’s absence was interesting as his remarks a day before the meeting that all issues in the party stood resolved with the announcement of the next election to the Congress president post had not gone down well with many of the letter writers .According to Congress sources there was an indirect attack on Rajiv Satav and Randeep Surjewala who handled the Gujarat bypolls and Bihar elections, respectively. Who will take responsibility for the losses, was the question put forth by the rebel group. At the over four-hour long meeting, the issue of next president wasn’t discussed. Sonia Gandhi made it clear that the electoral process had begun and the leadership issue would be finalized soon. But some seniors like Harish Rawat  said that Rahul Gandhi should take charge soon. Many seniors feel that they were being sidelined by the younger lot who are close to Rahul Gandhi. His outreach to the seniors was made possible by significant effort by Sonia Gandhi to ensure that the party stays together.