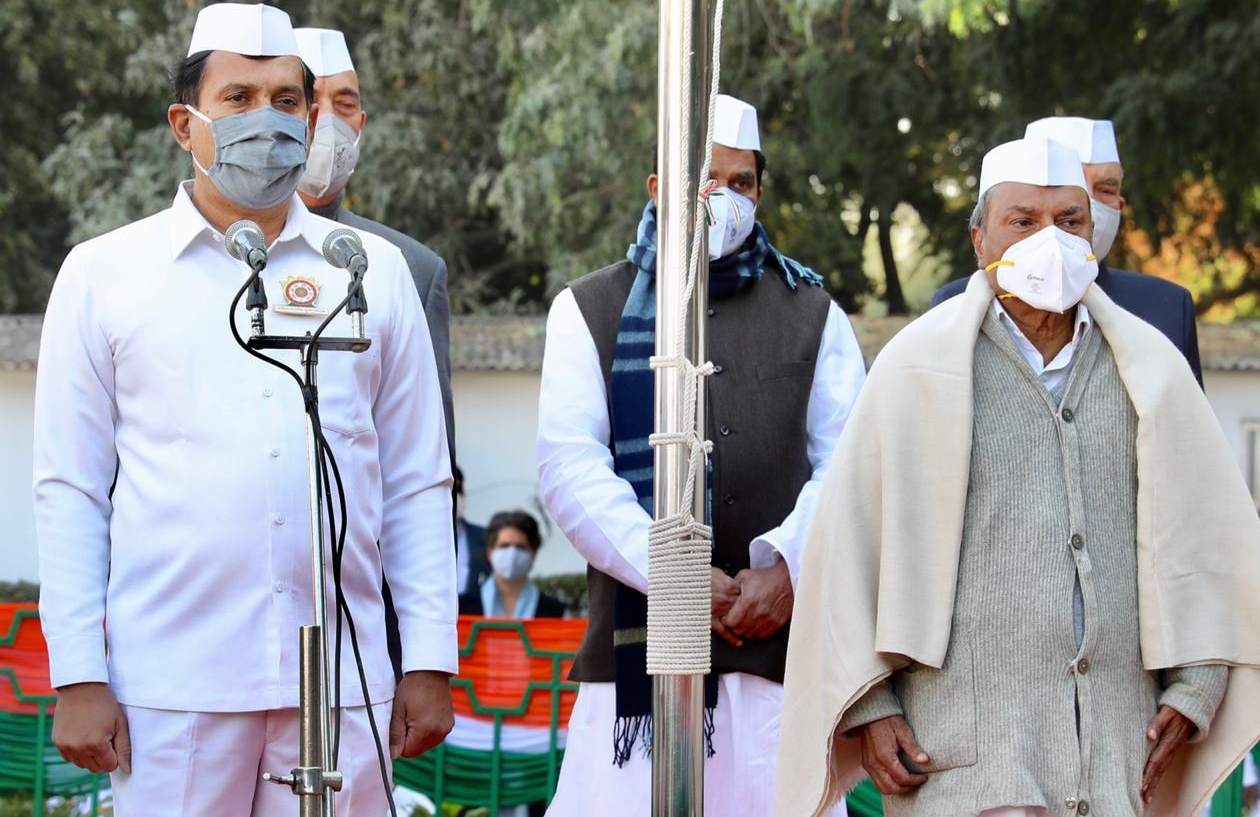 By 1stnewz Staff : The Congress on Monday celebrated its 136th Foundation Day at its headquarters in Delhi. Senior leader A K Antony unfurled the flag at the AICC headquarters in the presence of senior leaders like Ghulam Nabi Azad and party general secretary Priyanka Gandhi Vadra.

While Sonia Gandhi has been avoiding attending public events due to health issues, extended her warm wishes to party workers and backed the farmers protest in a 3-minute, 45-second video message. She asserted that black laws were being imposed on the farmers.

"We have to strengthen the Congress party at the ground level. Let us take a vow today that we will uphold the constitution and democratic values that our country represents," she said.

The Congress had also launched a ‘Selfie with Tiranga’ campaign on the day to show that the BJP was violating democracy and Constitution in trying to suppress the ongoing farm protests. The Congress is accusing the government of bulldozing popular opinion with these bills. The idea for this campaign came from Rahul Gandhi himself.

While Rahul Gandhi left on a short personal visit abroad only on Sunday.

Taking to Twitter, Rahul Gandhi marked the occasion by highlighting his party's pledge for "truth and equality"  and said that "Congress has been committed from the beginning to raise the voice of the nation".

Speaking to reporters, Priyanka Gandhi said the government should “listen to the voice of farmers and take back the laws” and should not paint the agitation as a “political conspiracy”. “It is a sin to use the kind of words they are using for farmers. Government is answerable to farmers. Government should listen to them and take back the laws,” Priyanka said.