CONGRESS-DMK ALLIANCE IN PUDUCHERRY IN DEEP TROUBLE BEFORE POLLS 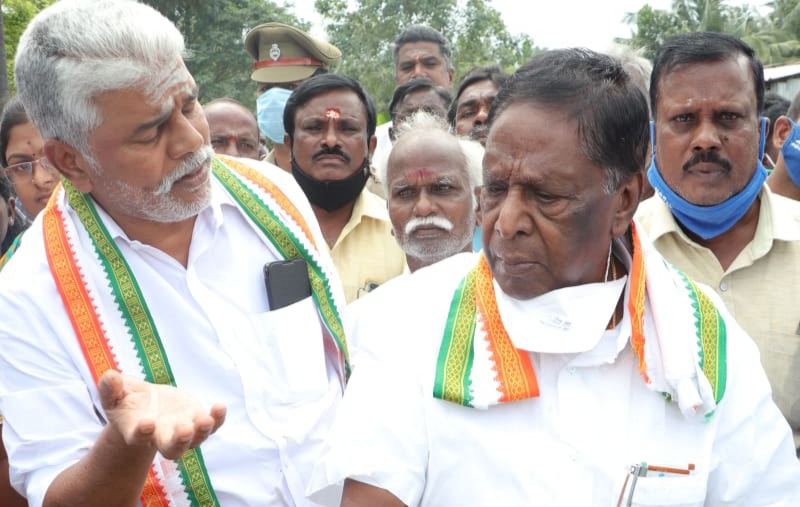 By Rahil Nora Chopra : The Congress-DMK alliance in Union Territory of Puducherry is in trouble.  Senior DMK leader S Jagathrakshagan made the announcement that it will contest all 30 seats in the upcoming assembly elections soon after a meeting of DMK functionaries in Puducherry. After chairing the party meeting, Jagathrakshagan addressed a gathering near Puducherry where he categorically stated that DMK will contest and win all 30 seats in the UT. To the surprise of many, he added: “If we fail (to win polls), I will commit suicide on this stage.” According to political observers, the DMK leadership in Chennai is of the view that the Congress-led Narayanaswamy government is unlikely to make a comeback and that it may be better for the DMK to go with Jagathrakshagan’s plan and contest alone. Narayanaswamy hoped he could talk and resolve any problem through MK Stalin. Meanwhile Rahul Gandhi on Thursday had a meeting with Chief Minister V Narayanaswamy and Pradesh Congress Committee president AV Subramanium to review preparations for the forthcoming Assembly polls.