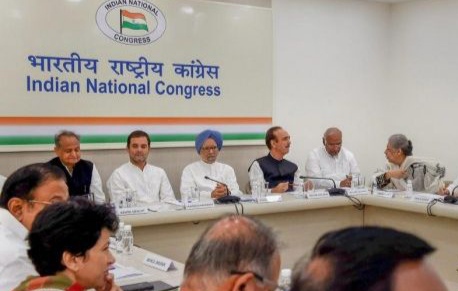 The control of the Congress high command over the party has weakened because of the leadership crisis created by Rahul Gandhi’s unexpected exit after the debacle in the Lok Sabha elections of 2019. Although Rahul is still being treated as the supreme leader in the party, Sonia Gandhi’s presence at the helm, more like a ceremonial head than a functional one, is affecting the organisation the most. While the G-23 group of leaders, led by the Congress veteran Ghulam Nabi Azad, has been demanding reforms within the party and reiterating their call for change, others too are gradually joining in the bandwagon. Now Kerala’s senior Congress leader and former party general secretary, PC Chacko, resigned from the party on Wednesday and said: “It is very difficult for a sincere Congress worker to survive. Merit is not a concern at all.” He also described the Congress as a rudderless ship that has failed to find a president for more than a year. Several Congress leaders and workers are demanding and appealing Rahul Gandhi to return as the Congress president to unite the party once again. Congress leaders also asserted that Gandhi alone can fight against Prime Minister Narendra Modi.