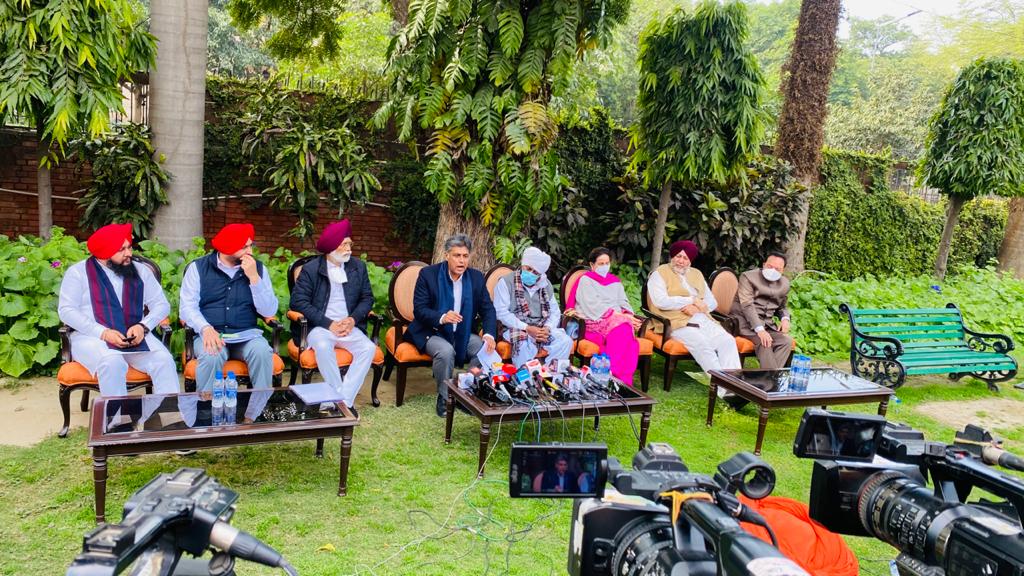 By 1stnewz Staff : Congress MPs in Lok Sabha from Punjab on Tuesday announced that they will move a private member’s bill to repeal the three contentious farm laws.

Speaking to media, Lok Sabha member and senior Congress leader Manish Tewari said the Repealing and Amendment Bill, 2021, will be moved in the Lower House by a group of party MPs from Punjab including himself, Ms. Preneet Kaur, Ms. Jasbir Singh Gill and Ms. Santokh Chaudhary.

Other Congress MPs in the Lok Sabha like Ravneet Bittu, Gurjit Singh Aujala, Mohmmad Siddique and Dr. Amar Singh are also part of the effort.

The Congress leaders from Punjab also appealed to other MPs to join the effort to ensure the Centre and the Prime Minister feel the pressure to repeal farm laws.

Ravneet Bittu said 247 MPs of them, 203 from Lok Sabha have mentioned farming as their profession and should join the Congress effort to “hit the arrogance of the government and get them to see the farmers’ point”.

In a joint statement, the Punjab MPs said over 80% of the 14.5 crore farmers are marginal farmers with less than two acres of cultivable land.

“...It is a travesty that the NDA/ BJP wants to replace the abolished practice of zamindari with Corporate Companydari by throwing these people at the mercy of oligarchs and chaebols (a Korean term for large family-owned business conglomerates). We will urge all right thinking MP’s in both Houses of Parliament to rise above party lines and support this initiative by moving their own bills on similar lines,” the Punjab MPs said in a joint statement.