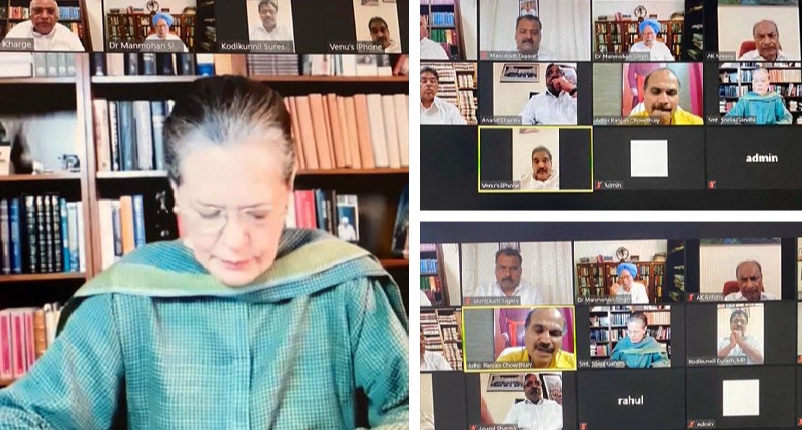 The Congress is looking to corner the ruling Bharatiya Janata Party (BJP) over various issues like alleged mismanagement of the Covid-19 crisis, border disputes with China, farmers’ agitation and the questionable Rafale deal during the monsoon session of the Parliament. The Congress leaders are also set to raise the issue of rising fuel prices in the Parliament. Congress president Sonia Gandhi on Wednesday asked Rajya Sabha Opposition leader Mallikarjun Kharge to coordinate with other Opposition parties and formulate a joint strategy to take on the NDA government in both Houses of Parliament. The monsoon session of the Parliament is set to commence from July 19 and will continue till August 13. The debate will be led by Adhir Ranjan Chowdhury in Lok Sabha and Mallikarjun Kharge in Rajya Sabha.  It was discussed in the meeting of the Congress parliamentary strategy group, chaired by party president Sonia Gandhi.