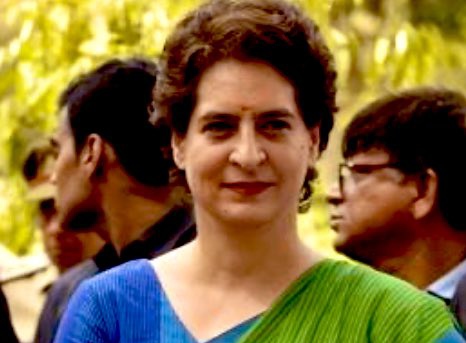 The 1stnewz Staff : The AICC general secretary Priyanka Gandhi Vadra on Friday has written a letter to Uttar Pradesh Chief Minister Yogi Adityanath to emphasize upon the need to test and treat more people and has said that the population of the state is around 23 crore but only 7000 tests have been done. Priyanka Gandhi demanded that the UP government should distribute masks as it has been made mandatory. She also demanded to distribute more sanitizers. She said, "In Bhilwara, 24 lakh people were screened in 9 days and now the infected persons have been identified. Comparatively in UP, the rate of testing is less and testing can be Ramban (Panacea) against the disease." "Mild to moderate high risk cases" should be treated at war footing which will create less pressure on ICU and in isolation wards, and quarantine wards should have humane approach, suggested Priyanka Gandhi. Quoting Nobel Prize-winning economist Amartya Sen, the AICC general secretary has written that participative administration, maximum mass connect on the basis of correct information and participation by masses are the most important measures in the fight against an epidemic like coronavirus. Priyanka Gandhi has also written that everyone stands together in this hour as the corona virus has no race and religion and its effect is the same on everyone. At the end of the letter to UP CM Yogi Adityanath, Congress leader Priyanka Gandhi has written, “In this war, we need to take steps to create a fear-free environment that brings together the entire people, keeping our political thinking out. Every leader and every worker of the Congress Party is ready to support the public.”