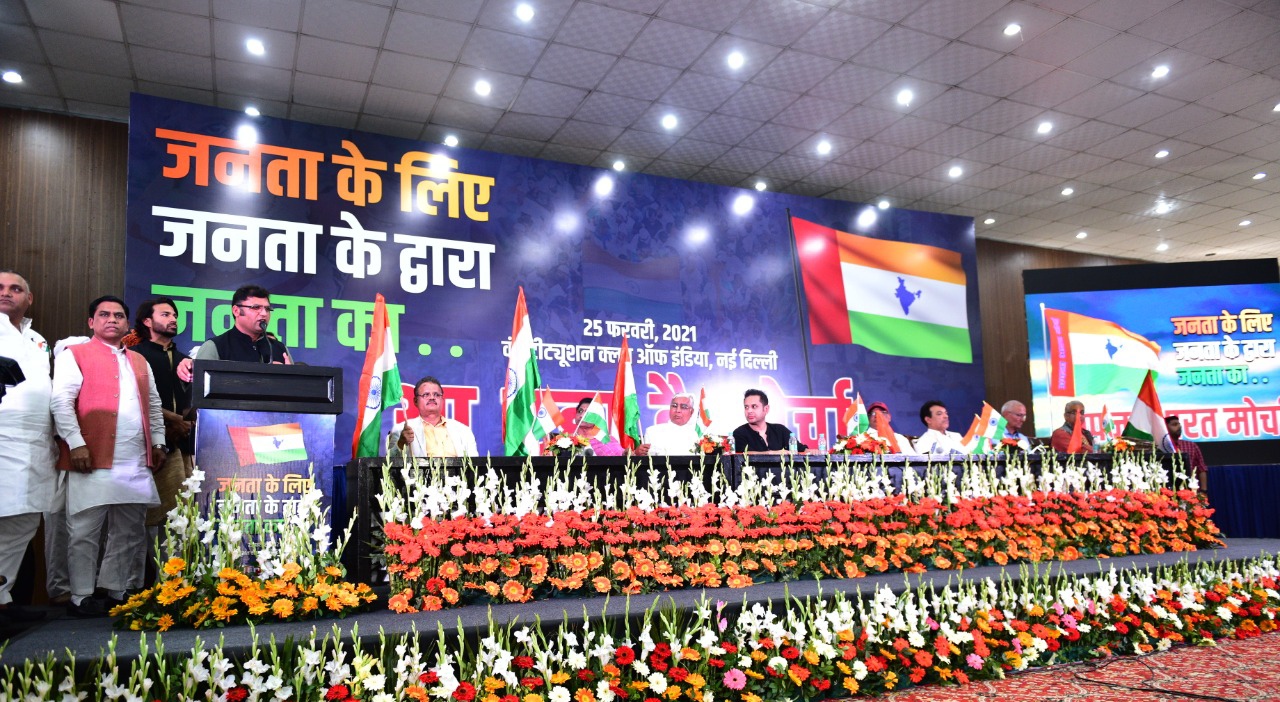 Former Haryana PCC chief Ashok Tanwar on Thursday launched a social-political platform titled Apna Bharat Morcha with the aim of giving voice to the issue of the youth, farmers, middle class and women. He was joined by former Tripura Congress chief Pradyut Barman who had also quit the Congress. Tanwar’s new party was launched at the Constitution Club in New Delhi along with an online launch at 25 places including Chandigarh, Uttar Pradesh, Punjab and Uttarakhand. Tanwar had quit the Congress just ahead of the assembly elections in Haryana in 2019 after he was removed from the post of PCC chief. Tanwar said “The opposition is mute and the government is deaf. In such a scenario, Apna Bharat Morcha will work with a three pillared approach of dialogue, debate and discussion to add not only verve to Indian ethos of unity in diversity but will also lay the foundation for truly making our country the land of hope and fulfilment,”