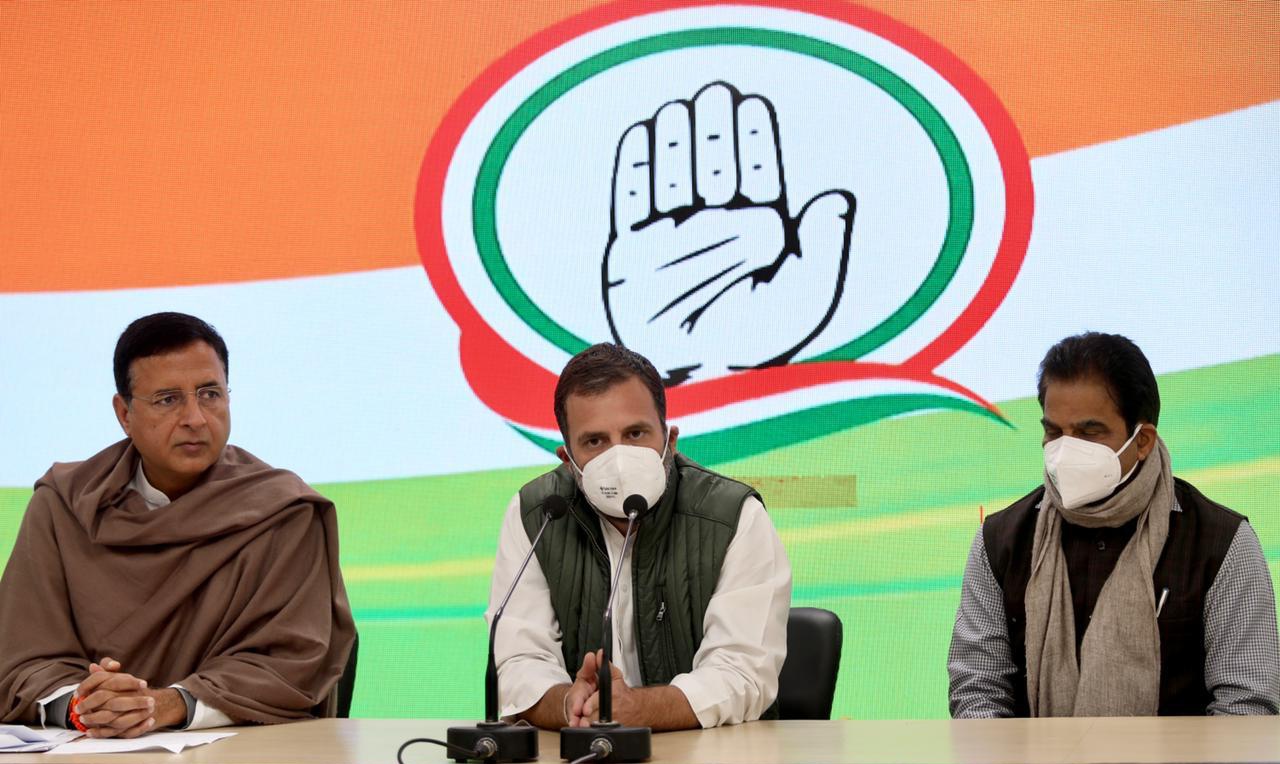 By 1stnewz Staff : Congress leader Rahul Gandhi on Wednesday said India's reputation has taken a massive hit because of the way the centre is treating farmers and journalist. Asked whether he thinks India's international image has taken a beating, Rahul Gandhi said "Absolutely. The reputation of India has taken a massive hit. Not only on how we are treating our farmers, on how we are treat our own people, how we treat journalists. It has taken a massive hit. Our biggest strength, you can call it soft power, has been shattered by the BJP and RSS.  The Congress leader contended the government had created a mess on three fronts — the economy, social harmony and national security  and that Prime Minister Narendra Modi was now unable to handle the multiple crises after weakening the country from within.

He pleaded with Modi to focus on the job he had been elected to do rather than “sell the country to one per cent of the population”.

He added: “I’m saying that the country is in a dangerous situation. The world is in a flux. We have an aggressive China on the border. They have a clear vision of what they want to achieve. We don’t have one. We are completely unclear about what we want to achieve and it is dangerous for the country when you have a situation like this on the border.

Rahul wondered why the government had resorted to fortifying Delhi’s borders against farmers.

“Are they afraid of farmers? Are the farmers enemies? Farmers are the strength of this country. They give sustenance. The government’s job is not to beat them up, not to threaten them. This is not good for the country’s future,” he said.