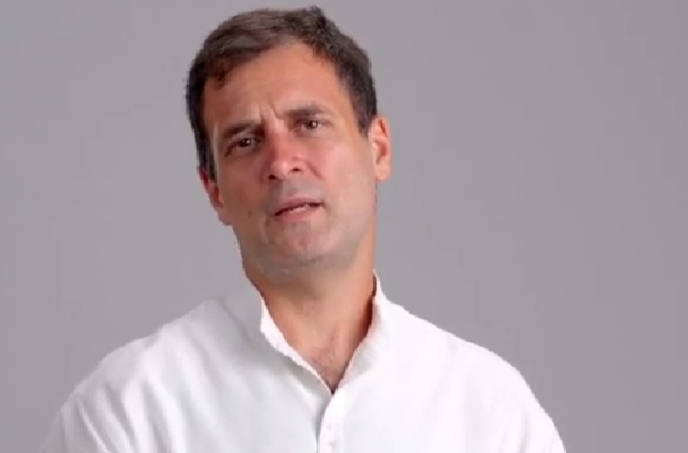 1stnewz Desk : Congress leader Rahul Gandhi on Sunday said the Goods and Services Tax regime was an attack on the poor and the marginalised. He has appealed to the people to come together and fight the “flawed regime”.

“GST is not a tax system. It is an attack on India’s poor. It is an attack on small shopkeepers, small and medium businesses, farmers and labourers. We have to recognise this attack and stand against it together,” he said in a Twitter video terming the GST a second major attack on the unorganised economy after demonetisation.

“NDA’s GST is completely different. Four different tax slabs, up to 28 per cent, complicated and difficult to understand. Small and medium businesses cannot pay this tax. The big companies can easily pay it by putting 5-10-15 accountants to do the job,” said the former Congress chief alleging that four slabs were there because the government wanted those who have the means to be able to easily change the GST, and those who don’t have means, cannot do anything about GST.

“Who has the means? India’s biggest 15 to 20 industrialists. So, whatever tax law they want to change can easily be done in this GST regime. And what is the result of NDA’s GST? Today, the government of India is unable to provide the GST compensation money to the states,” Gandhi noted adding that states, in turn, couldn’t pay money to employees and teachers.

He said the current GST was an absolute failure.

“Not only is it unsuccessful but it is also an attack on the poor and on the small and medium businesses,” the Congress leader said.