KAMAL HAASAN ASKS PM, WHY NEW PARLIAMENT WHEN HALF OF INDIA IS HUNGRY ? 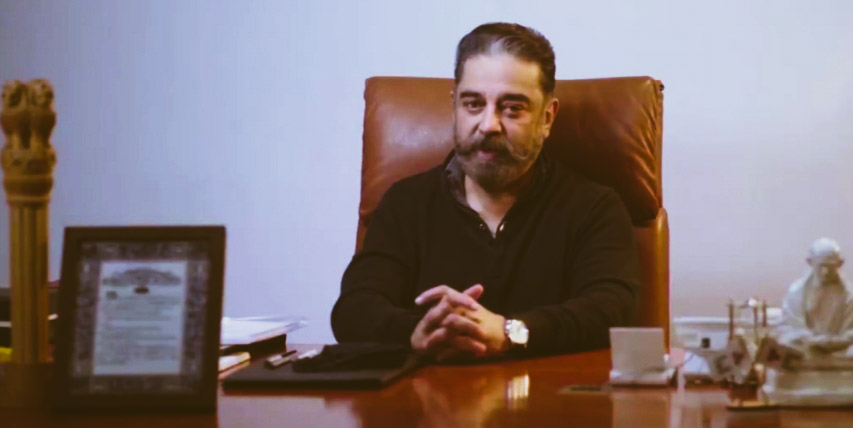 1stnewz Staff :Expressing a critic opinion on Prime Minister Narendra Modi over the new parliament project , actor-turned-politician Kamal Haasan on Sunday asked what was the point of constructing a new Parliament building for about Rs 1,000 crore when India's economic growth suffered its worst fall.The Makkal Needhi Maiam (MNM) chief's statement comes hours before the launch of the first phase of his poll campaign for the 2021 Tamil Nadu Assembly elections. The actor-politician has embarked on his first phase of campaign between December 13-16. During this four-day schedule, Haasan will cover Madurai, Theni, Dindugul, Virudhunagar, Tirunelveli, Tuticorin and Kanniyakumari districts.

"Who will build a Parliament worth Rs 1,000 crore when half of the country is hungry after losing livelihood due to coronavirus. When thousands died as the Great Wall of China was being built, the rulers said it was to protect people. To protect whom are you building the Rs 1,000-crore Parliament? Please answer my honourable elected PM," Haasan tweeted on Saturday.
On December 10, PM Modi had laid the foundation stone of the new Parliament building at an event that was attended by leaders from various political parties, cabinet ministers and ambassadors of different countries. Modi also performed the ground-breaking ceremony for the building, which is expected to be completed by 2022.