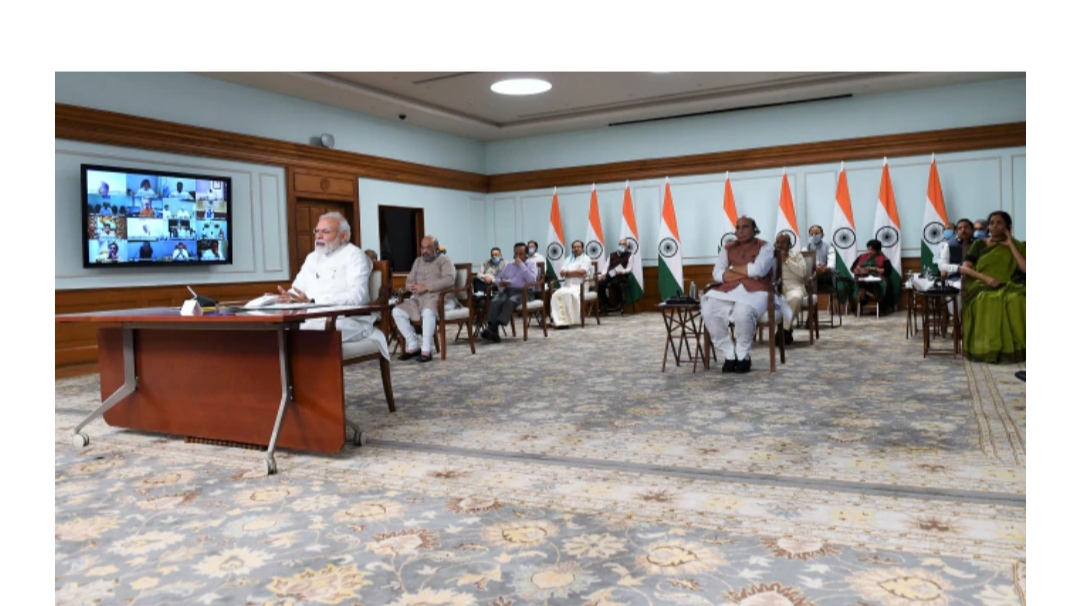 Rahil Nora Chopra : On a day when the number of Covid-19 cases across the country crossed 5000, In view of it a videoconferencing was held on Wednesday with parties’ floor leaders in Parliament, Prime Minister Narendra Modi said it won’t be possible to lift the 21-day nationwide lockdown in one go as scheduled on April 14. He, however, noted that he would consult the Chief Ministers before deciding the exit strategy. Speaking briefly at the end of a nearly three-and-a-half hour meeting, Mr. Modi pointed out that the country was going through a “social emergency”. This was Modi's first interaction with leaders of political parties after announcing the 21 day lockdown on March 24. According to sources the PM underlined that he had not come across any opinion which suggested that lifting the lock down at this juncture is advisable. The view that is emerging so far he said is that lifting the lock down is not going to be simple and the norms for ensuring social distancing will have to be enforced strictly. "Kareeb Kareeb mood yeh ban raha hain ki ek dam se lockdown uthana sambhav nahin hoga. Leaders from 18 political parties attended the interaction. Top Central officials gave detailed presentations on the steps being taken to meet the emerging challenges, including the status of distribution of benefits under the Prime Minister Garib Kalyan Yojana. Meanwhile the Congress supported the idea of an extension of the lockdown. Leader of the Opposition in the Rajya Sabha and senior party leader Ghulam Nabi Azad said, “There is no question of supporting it or opposing it. It is a decision to be taken by the government. If they consult everyone before taking the decision, then we shall welcome it.” The majority of the parties felt that there should be a calibrated exit from the lockdown but left the final decision to Prime Minister, he added.