MADHAV, MURALIDHAR NO LONGER THE PART IN RESHUFFLE 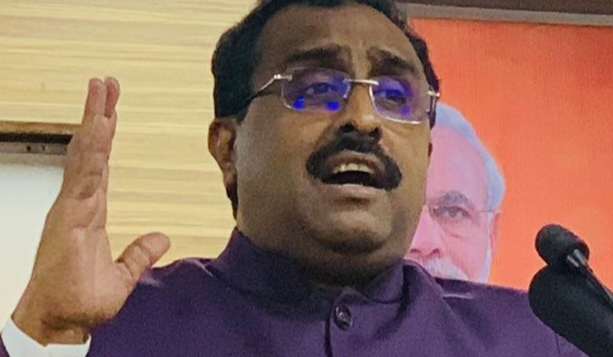 Rahil Nora Chopra : The organisational reshuffle in BJP appears to have left two of the national general secretaries Ram Madhav and P Muralidhar Rao, the RSS man could not muster courage to voice dissent but Ram Madhav has written an article in a newspaper on Marking the birth anniversary of MK Gandhi and shown his feelings. The content has raised the eyebrows in the BJP corridor and Ram Madhav has removed any reference to the BJP from his Twitter bio. He is now just "Member Board of Governors, India Foundation". India Foundation is a strategic policy think tank while P Muralidhar Rao has used a curious idea in his Twitter bio. Muralidhar also an RSS man like Madhav has just two words "Empowering India". Many in the BJP are wondering what is hidden between two words.