MANISH TEWARI : PM SHOULD SPELL OUT STRATEGY TO TACKLE CORONAVIRUS 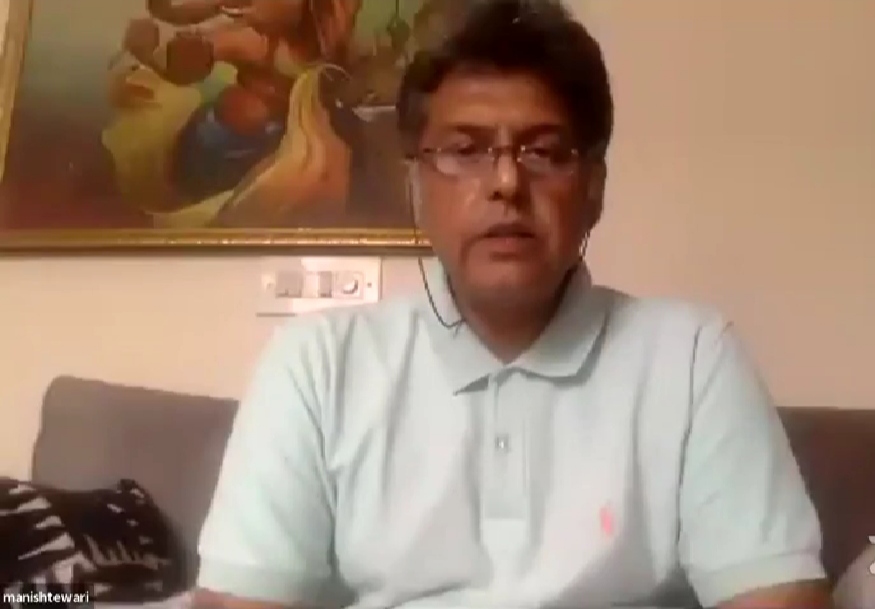 The 1stnewz Staff :The Congress on Tuesday asked Prime Minister Narendra Modi to spell out the government's strategy to tackle coronavirus and what steps it plans to take to mitigate woes of migrant labourers and farmers waiting to harvest crops. Congress spokesperson Manish Tewari said the prime minister has not talked about the plight of migrant workers who are quarantined at state borders and what the government intends to do about them, as most of them have completed their 14-day quarantine. Addressing a press conference through video, he said the prime minister has also not talked about ramping up mass testing in the country for COVID-19 or about steps taken to increase purchase of personal protection equipment. He said the prime minister also did not talk about ensuring maintenance of supply chain of essential commodities and for harvesting of the Rabi crop. "The PM told the nation what he expects out of the people but the PM did not address concerns of the people or talk about what his government is doing for the people of India, something the people wanted to hear,"he said. "What we have not heard from the PM is what is this Govt's strategy regarding testing. Will it be limited to hotspots or will there be community level screening as it has happened in Bhilwara. What is the strategy of this Government," he asked. "What the PM has not spoken about and made for the most horrifying images when the lockdown was first implemented, is with regard to the plight of the migrant workers. They are in camps, spread out in various parts of the country,"he said asking whether the government has any plan to ensure that they are taken back to their homes. "Essentially, if someone has gone through the mandatory quarantine period and is not showing any symptoms, does it not become the Government's responsibility to facilitate their return. That's what we wanted to hear, what is the Government doing about it,"Tewari asked. "Are you going to allow them to go back to their homes? Is there a calibrated plan to facilitate their travel," he asked. He also asked about steps the government is taking to stop retrenchment of workers and asked whether it will take action against those employers sacking their employees at such time of crisis. "What is Government's roadmap for harvesting? Are you going to allow people to go in the fields, carry out the harvest? How will the harvest then be collected and taken to procurement centres. How will procurement be facilitated, will Govt pay a bonus over the MSP," he said. He said the country wanted to hear from the PM is with regard to tests, as there is no vaccine and so far the only medical treatment available is preemption and prevention and for that what we require is mass testing.