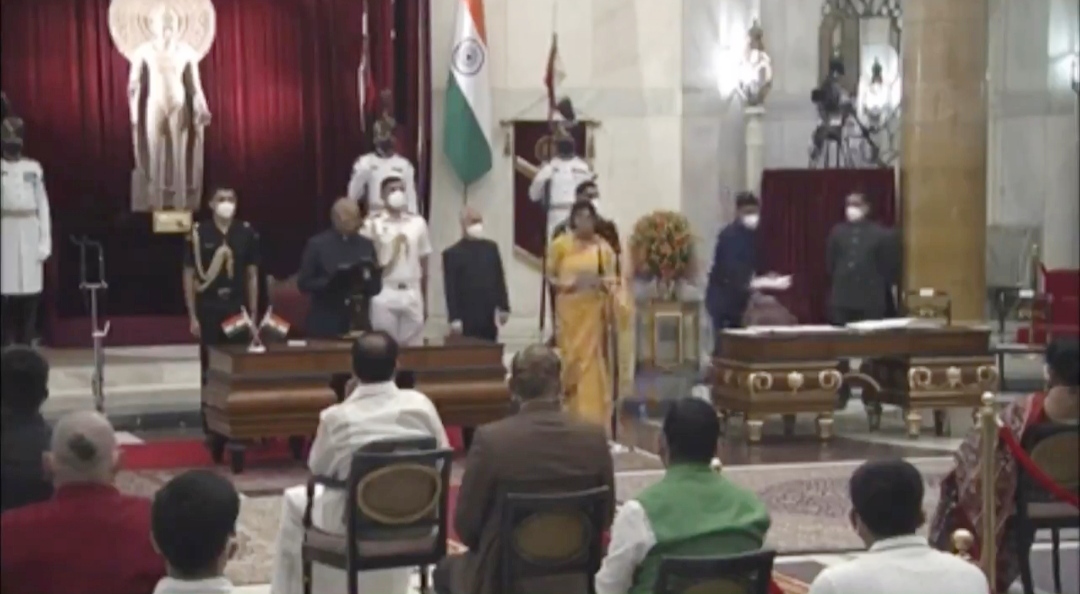 The Uttar Pradesh assembly election in 2022 is the semi final before the final of the 2024 Lok Sabha elections, as Uttar Pradesh is a crucial state and plays an important role in Lok Sabha polls. Seeing this, seven ministers from Uttar Pradesh were sworn in at Rashtrapati Bhavan on Wednesday. Of the seven newly-inducted ministers from UP, Anupriya Patel heads BJP ally Apna Dal (Sonelal) and was a minister in the first Narendra Modi government. The rest are from the BJP. Anupriya Patel, Pankaj Chaudhary, B L Verma and S P Singh Baghel are from the Other Backward Classes, which according to BJP leaders in UP make up 50 per cent of voters in the state. Anupriya Patel and Pankaj Chaudhary are from the Kurmi community, which comprises 10 per cent of UP’s population. The Kurmis are also the second largest OBC demographic component in the state, after the Yadavs.  Kurmis play a significant electoral role in a dozen districts, including Mirzapur, Prayagraj, Maharajganj and Jaunpur. B.L. Verma, the 59-year-old Rajya Sabha MP, is the third OBC face from the state. He is of the Lodhi caste and has been the state BJP vice-president since 2018.Verma is also considered as a close aide of former CM Kalyan Singh. Two others — Kaushal Kishore and Bhanu Pratap Singh Verma — are from the Scheduled Castes category, while Ajay Mishra is a Brahmin. The focus has been on Uttar Pradesh which is the most crucial state for the BJP given the number of Lok Sabha seats. The inclusion of allies like JD(U), Apna Dal etc. indicates that the Modi government is not willing to let go more of its allies since two of its major partners – Shiv Sena and Shiromani Akali Dal had already deserted the NDA over different issues. The move will boost the confidence of its allies and this is expected to prove beneficial for the saffron party in the coming polls.