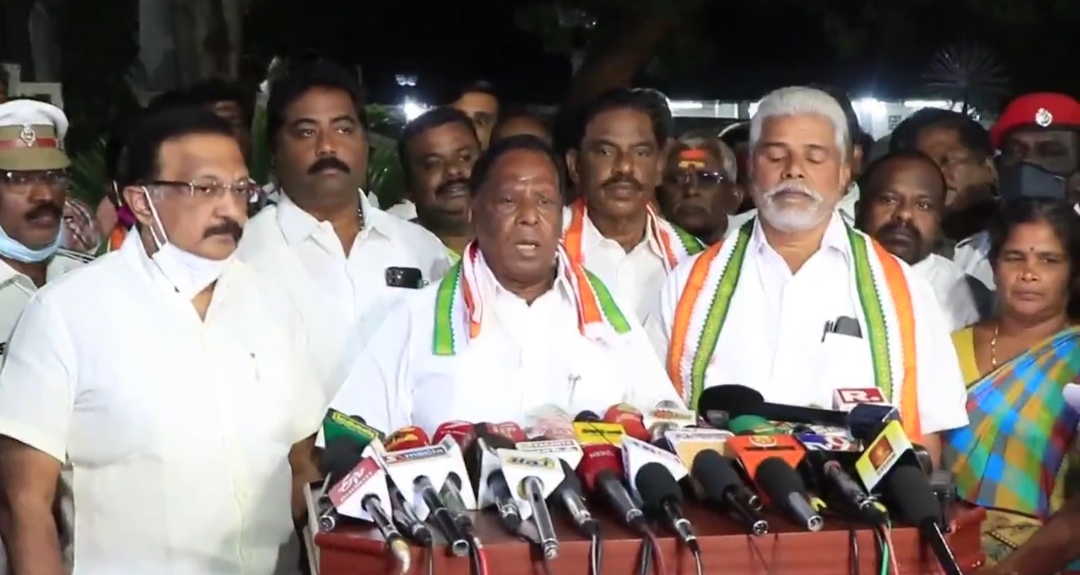 The Congress on Wednesday announced that former chief minister V Narayanasamy would not contest. According to Congress inner sources, the high command was upset with him and this was an attempt by the Congress-DMK to keep the realignment option open in the event of a hung verdict. AICC in-charge Dinesh Gundu Rao said: “He himself did not want to contest. We had asked him to look after the campaign. Our PCC president is going to be contesting. He (Narayanasamy) and Lok Sabha MP (and former chief minister) V Vaithilingam will be incharge of the campaign.” On Thursday, the Congress announced 14 of its 15 candidates for the Puducherry assembly elections. Narayanasamy was Chief Minister till last month. He resigned on February 22, after a motion of confidence was defeated in the assembly.