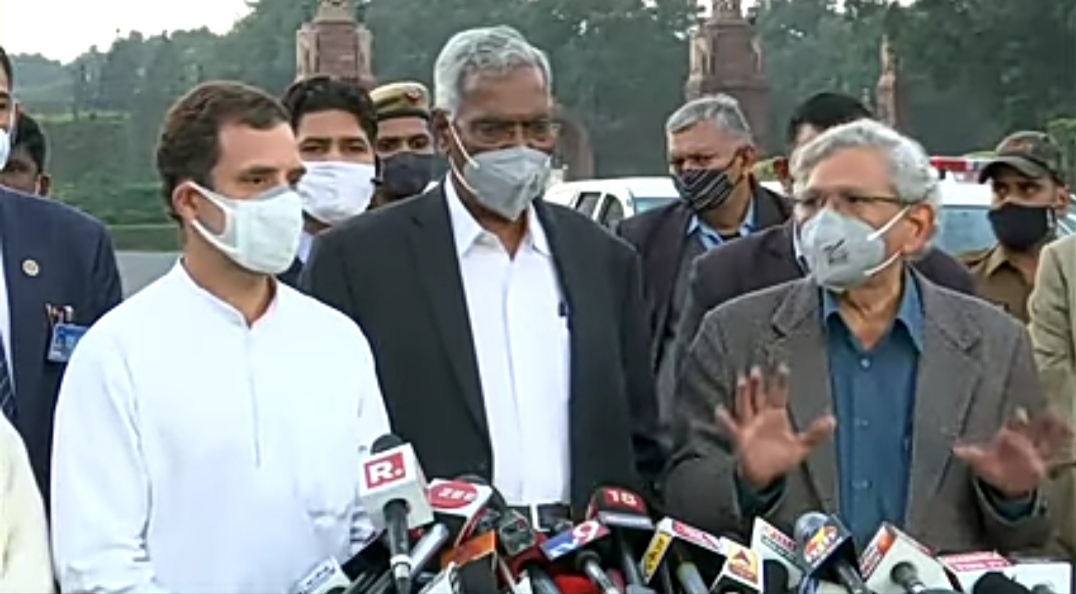 1stnewz Staff : A delegation of senior opposition leaders led by former Congress president Rahul Gandhi on Wednesday met President Ramnath Kovind. They have submitted a memorandum to the President asking to repeal agriculture laws. 'We informed the President that it is absolutely critical that these anti-farmer laws are taken back,' said Congress leader Rahul Gandhi.

'We have given a memorandum to the President. We are asking to repeal agriculture laws and electricity amendment bill that were passed in anti-democratic manner without proper discussions and consultations,' CPI(M) leader Sitaram Yechury said.