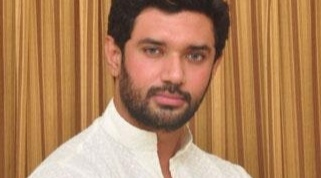 After removing Chirag Paswan as the Lok Janshakti Party (LJP) leader in the Lok Sabha, five rebel MPs, led by his uncle Pashupati Kumar Paras, also removed him as the president of the party, founded by his late father Ram Vilas Paswan. Now, Pashupati Kumar Paras on Thursday was elected unopposed as the Lok Janshakti Party (LJP) national president. On the other hand, Chirag expelled the five rebel MPs from the party. With the two factions acting against each other in an attempt to take control of the party, the matter is likely to reach the Election Commission. Both sides claimed themselves to be the true representative of the party even as the Lok Sabha Secretariat had recognised Paras as the LJP leader in the House. Sources said the rebel group would now seek to remove Chirag as the leader of the LJP parliamentary board, stripping him of every position he took control of after the death of his father just ahead of Bihar Assembly elections last year. However, Chirag blamed Bihar Chief Minister Nitish Kumar for engineering a split in his party and rejected the decisions taken by the faction headed by his uncle Pashupati Kumar Paras.