PRESSURE BUILD-UP TO PUT HOODA IN CHARGE OF HARYANA CONGRESS 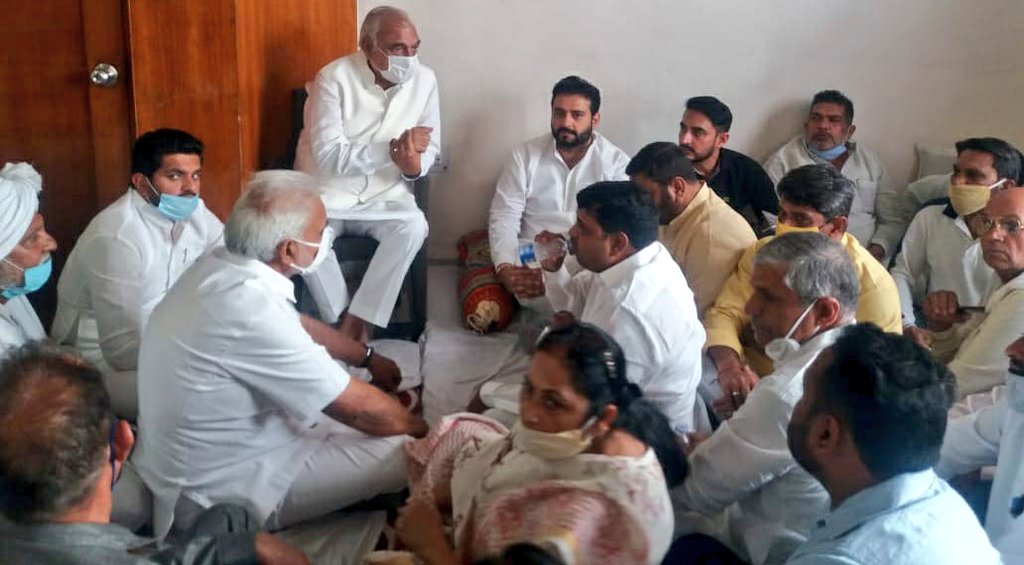 Lobbying for an influential role for former chief minister Bhupinder Singh Hooda, a group of 21 Haryana Congress MLAs, considered loyal to him, sought an appointment with Congress president Sonia Gandhi and former party chief Rahul Gandhi. However, the Haryana Congress MLAs visited AICC headquarters to meet Venugopal, the Congress general secretary in charge of organisation. Later, some of the 21 legislators held a meeting with him. The five legislators — Kuldeep Vats, Varun Chowdhury, B.L. Saini, Raghubir Kadyan and B.B. Batra — who met Venugopal wanted state Congress chief KumariSelja to be replaced, party sources said. According to them, the organisation is in a shambles in the state, with no district unit chiefs for the last eight years. They wanted the Congress high command to hand over the reins of the Haryana unit to Hooda, the only party leader with a mass base in the state. While AICC in-charge for Haryana affairs Vivek Bansal, in an attempt to take the former CM on board in the appointments for party organisation in the state, met Hooda and his son and Rajya Sabha MP Deepender Singh Hooda. Sources say differences had developed between Hooda and Selja last year when the former CM succeeded to get a party ticket for Deepender for the Rajya Sabha seat at a time when Selja was seeking re-election to the Upper House. Hooda is the Leader of Opposition in the Haryana Assembly, while Kumari Selja is the state Congress president. The Congress has 31 MLAs in the state. As per the sources, to continue its stronghold in the state unit, the camp of former chief minister Bhupinder Singh Hooda is putting pressure on the Congress high command ahead of appointments from district to state level of the party. According to sources, Selja has submitted a list of District Congress presidents to the General Secretary Organisation but that has been put up on hold till the MLAs are heard. The whole episode has once again highlighted the infighting of the state leaders.