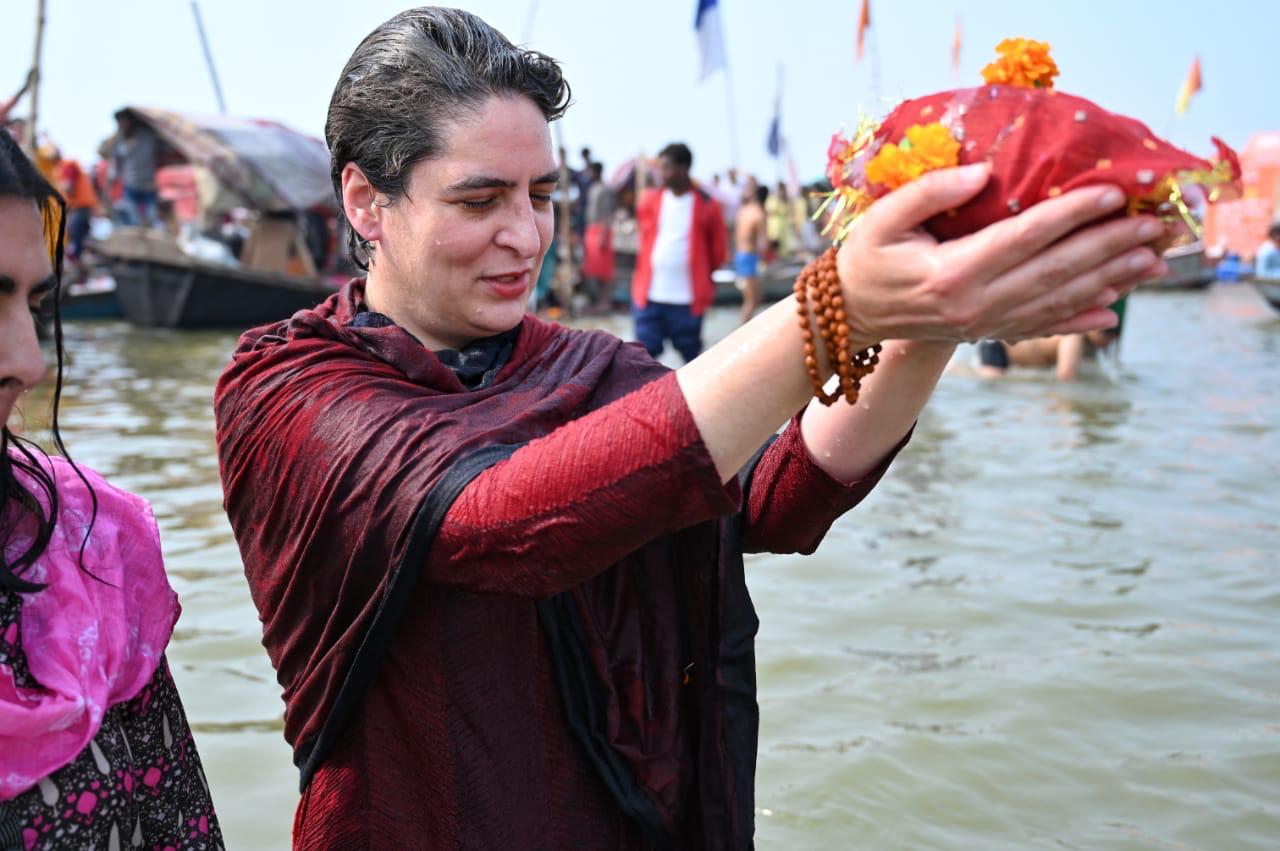 By Rahil Nora Chopra : Congress General Secretary and in-charge of the party’s Uttar Pradesh unit, Priyanka Gandhi Vadra, is all set to kick-start ‘Mission UP’ with an eye on the 2022 assembly polls after setting the house in order at the state and district level. In this context Priyanka Gandhi, who was in Saharanpur on Wednesday to address a farmers’ rally, on Thursday took a holy dip at the Sangam a confluence of the Ganga, Yamuna and mythical Saraswati river in Prayagraj on Mauni Amavasya and performed a puja. Priyanka was accompanied by her daughter and Congress MLA Aradhana Misra, party sources said. The Congress leader also visited the Anand Bhawan where she interacted with children from an orphanage, holding a girl in her lap. She also offered flowers at the place where mortal remains of her great grandfather and India’s first Prime Minister Pt Jawaharlal Nehru were kept before being immersed in the Sangam. It is seen that Priyanka has been making efforts to revive the party’s support base in Uttar Pradesh before the assembly elections next year.