PRIYANKA GANDHI : WHY DO RECRUITMENTS GET STALLED IN UP 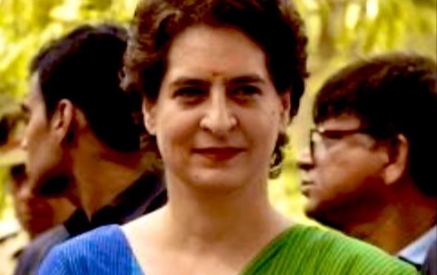 In the series of her virtual meetings with youths, Congress general secretary Priyanka Gandhi Vadra

spoke to students preparing for various competitive exams on Monday. The list included candidates who took the Village Development Officer (VDO) and Sub-Inspector recruitment examinations held in 2018 and 2016 respectively. Later

tweeting about her interaction Priyanka said: “the youth are angry and disheartened. The UP government has woken up after the agitated youngsters took to streets. But the candidates do not want assurances. They want that all the recruitment processes stuck be evaluated and solved in a time bound manner.”