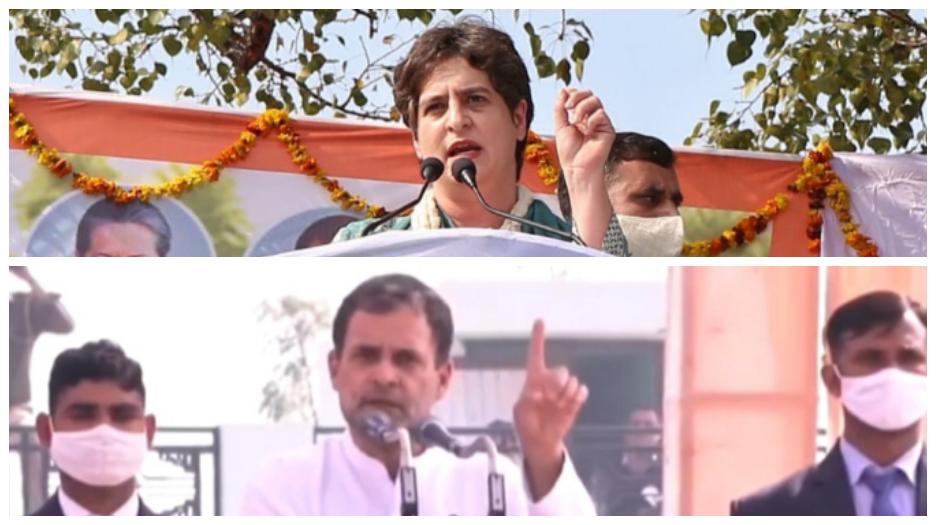 Congress General Secretary and in-charge of the party’s Uttar Pradesh unit, Priyanka Gandhi Vadra is working hard to mobilise farmers against farm laws and she had addressed mahapanchayat in Saharanpur, Kisan Panchayat in Bijnore and Kisan Panchayat in Muzzafarnagar to show solidarity with the farmers movement and in a bid to reach out to the people over the three contentious farm bills.  Congress MP Rahul Gandhi took part in a farmers’ tractor rally in Rajasthan to voice his support for the protests against Centre’s new farm laws. Addressing the rally in Ajmer, Rahul Gandhi said, “Farm laws’ implementation will cause unemployment. PM says he’s giving options. Yes, he has given- hunger, unemployment and suicide. He wants to talk to farmers but they won’t until laws are repealed. Agriculture belongs to ‘Bharat Mata’, not industrialists.” It is seen that Priyanka and Rahul have been making efforts to revive the party’s support base throughout the country.