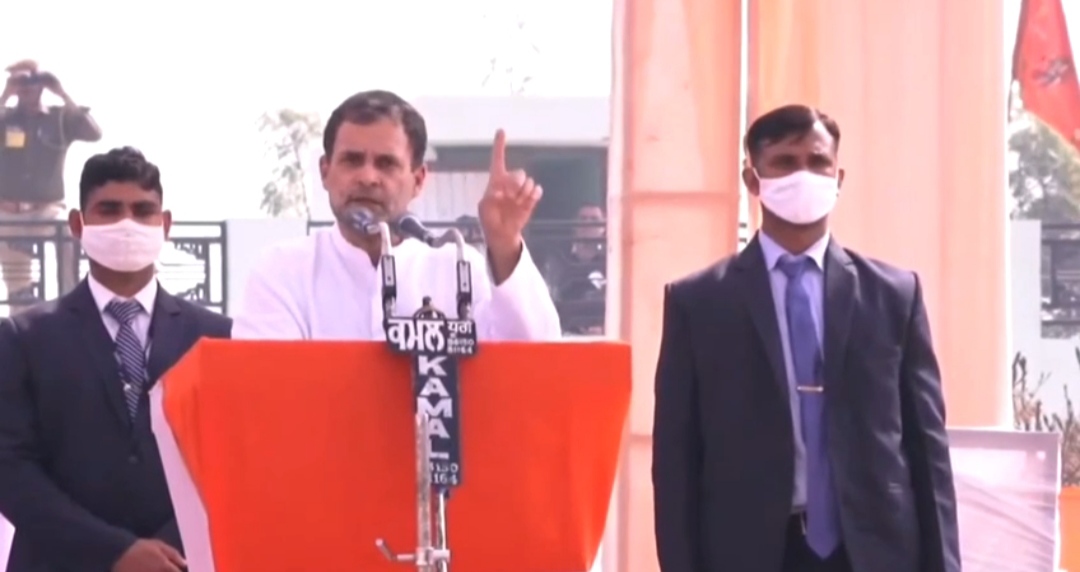 By 1stnewz Staff : Congress leader Rahul Gandhi on Monday criticise the central government after a fresh hike in the price of liquified petroleum gas (LPG) domestic cylinder in Delhi. Accusing the Modi-led BJP government, he said that by looting the public, it's the development of only "two". This is the third time since December that the price of LPG domestic cylinders has been hiked. The cylinder, used for domestic cooking in households, will cost ₹769 per 14.2 kg in the national capital from 15 February 2021 after it has increased ₹50 per unit. This is the second time the price of the LPG cylinder has increased in the month of February. The price of non-subsidised LPG cylinders were increased by ₹25 in metropolitan cities on February 4 by the oil marketing companies. After the previous rise in prices, the price of non-subsidised LPG cylinders went up from ₹644 to ₹694.