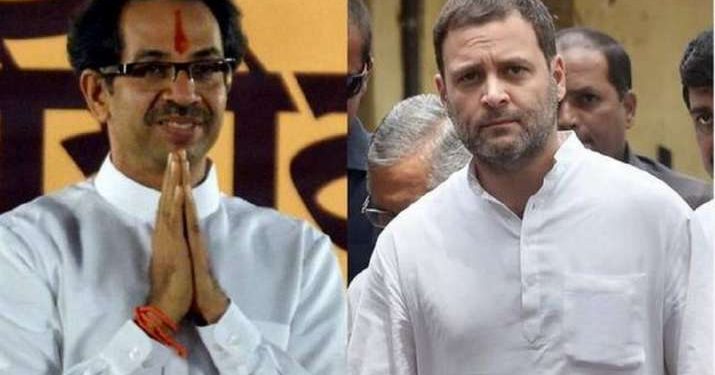 By Rahil Nora Chopra : Shiv Sena has praised Congress leader Rahul Gandhi stating that “rulers in Delhi” fear his return as the Congress president and alleged that a campaign has been launched to defame the Gandhi family. In an editorial in its mouthpiece Saamna, the Shiv Sena said, “Rahul Gandhi is once again becoming the president of the Congress party which is a good thing. For BJP without Modi and for Congress without Gandhi, there is no alternative. This truth has to be accepted.” According to inner sources NCP Chief Sharad Pawar, CPI(M) leader Sitaram Yechury, CPI leader D Raja, RJD leader Tejashwi Yadav, DMK leader MK Stalin and SP Chief Akhilesh Yadav are supporting Rahul Gandhi on every front. Perhaps Rahul Gandhi has done a ideological streamline and avoiding those who are seen to be closer to right wing ideology. Rahul is the only opposition leader who is critical of Narendra Modi on every front like Economy, GST, High Fuel Prices, Unemployment, Covid-19 management, Migrants crisis issue, GDP decline, China policy and Farm Laws etc. With the  backing of regional parties, Rahul Gandhi has  emerged as the Opposition leader , best suited for the alternative of Narendra Modi in 2024 Lok Sabha polls but it is too early to say in Politics that he can maintain his popularity till the next Lok Sabha election and crucial of West Bengal assembly election to decide whether Mamata Banerjee or Rahul Gandhi will emerge as opposition leader an alternative to Narendra Modi in 2024.