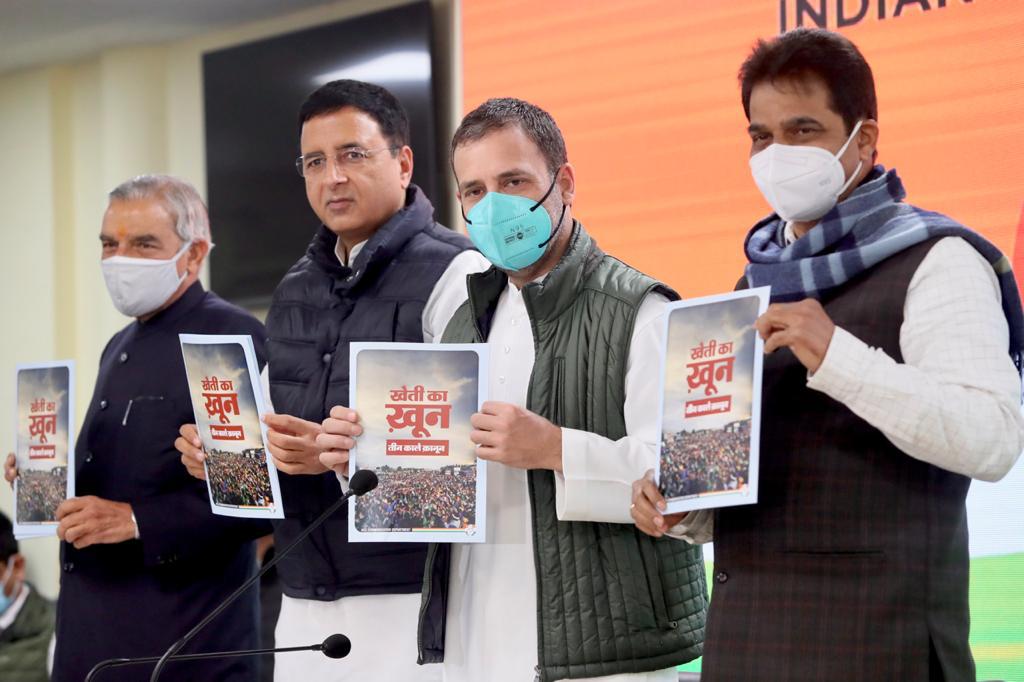 By 1stnewz Staff : Former Congress president Rahul Gandhi on Tuesday alleged that the new farm laws were designed to destroy agriculture and create monopolies by three-four capitalists.
Releasing a booklet on the farm laws – Kheti ka khoon (murder of farming) – to highlight the plight of farmers, he said ‘repealing’ them was the only solution to break the deadlock.

Taunted by BJP president JP Nadda with a series of questions before his press conference on January 19, Congress leader Rahul Gandhi shot back  "Who is he that I have to answer to him? Is he my professor? I will answer to the country.

JP Nadda had hit out at the Congress leader over a range of subjects, from China to the coronavirus crisis and the farmer protests.

"When will Rahul Gandhi, his dynasty and Congress stop lying on China? Can he deny that thousands of kms, including the one in Arunachal Pradesh he is referring to was gifted by none other than Pandit Nehru to the Chinese? Time and again, why does Congress surrender to China?" Mr Nadda tweeted.

"Why did farmers remain poor for decades under Congress governments? Does he feel sympathy for farmers only in opposition?" Nadda asked.

In response to the BJP chief's attack referring to the farmer protests, Mr Gandhi said: "Farmers know the reality. All farmers know what Rahul Gandhi does. Nadda ji was not at Bhatta Parsaul. I have a character, I am not scared of Narendra Modi or anyone, they can't touch me but they can shoot me. I am a patriot and will protect my country. It is my dharma. I am more fanatic than them."