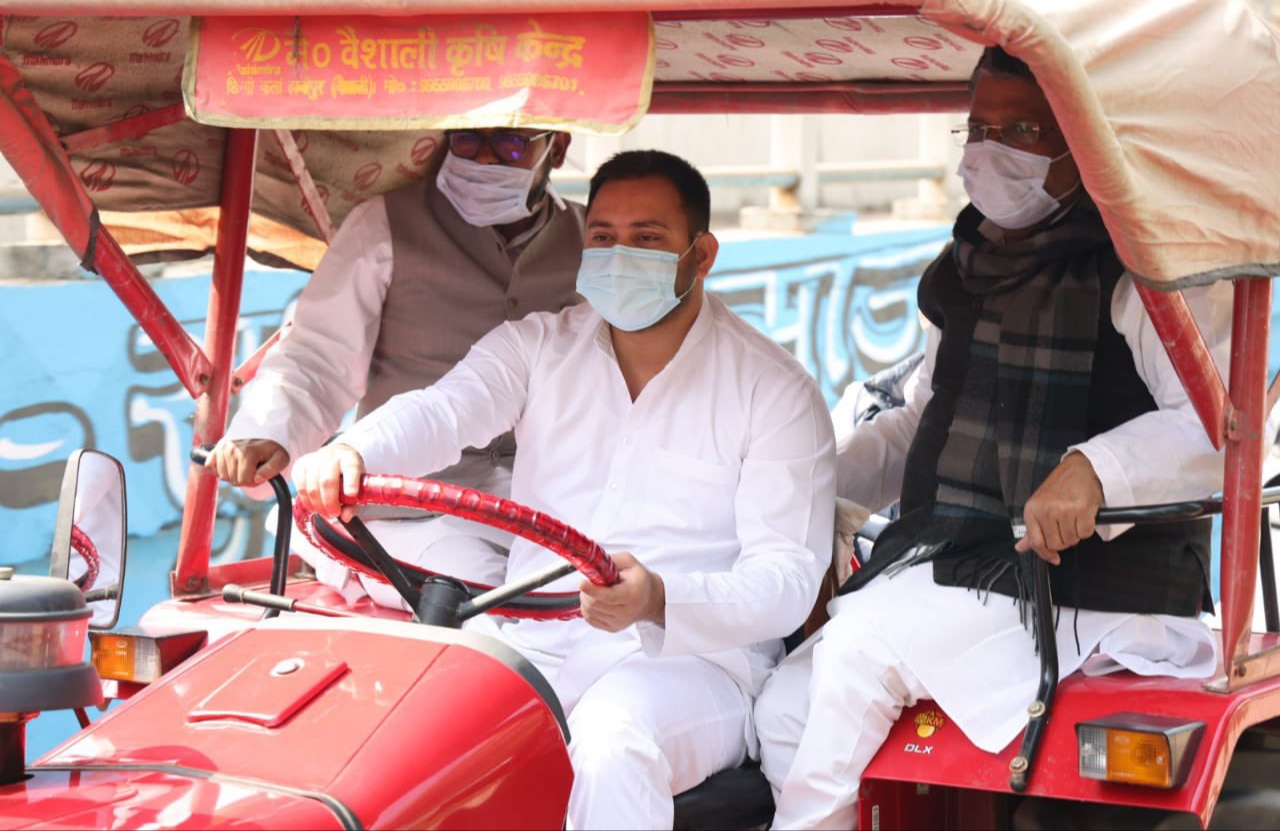 RJD leader Tejashwi Yadav on Monday drove a tractor to reach the Bihar assembly, to show the solidarity with those opposing the farm laws and protest against rise in prices of petrol, diesel and cooking gas. The tractor ride, commenced from his residence, right across the road from the chief minister’s bungalow. He demanded a proper statement from Chief Minister Nitish Kumar on the skyrocketing prices of oil which he has acknowledged but stopped short of commenting on. He must also explain what have the farmers gained by the abolition of agricultural produce market committees (APMCs) in Bihar. Many cultivators are forced to sell their produce for Rs 700-800 as against the minimum support price (MSP) of Rs 1800. He also expressed disappointment over the Speakers rejection of their proposal to mourn, on the floor of the House, the death of more than 260 farmers who have died in the course of the agitations and said, his tractor ride was aimed at reminding the powers of the much-used slogan Jai Jawan Jai Kisan.