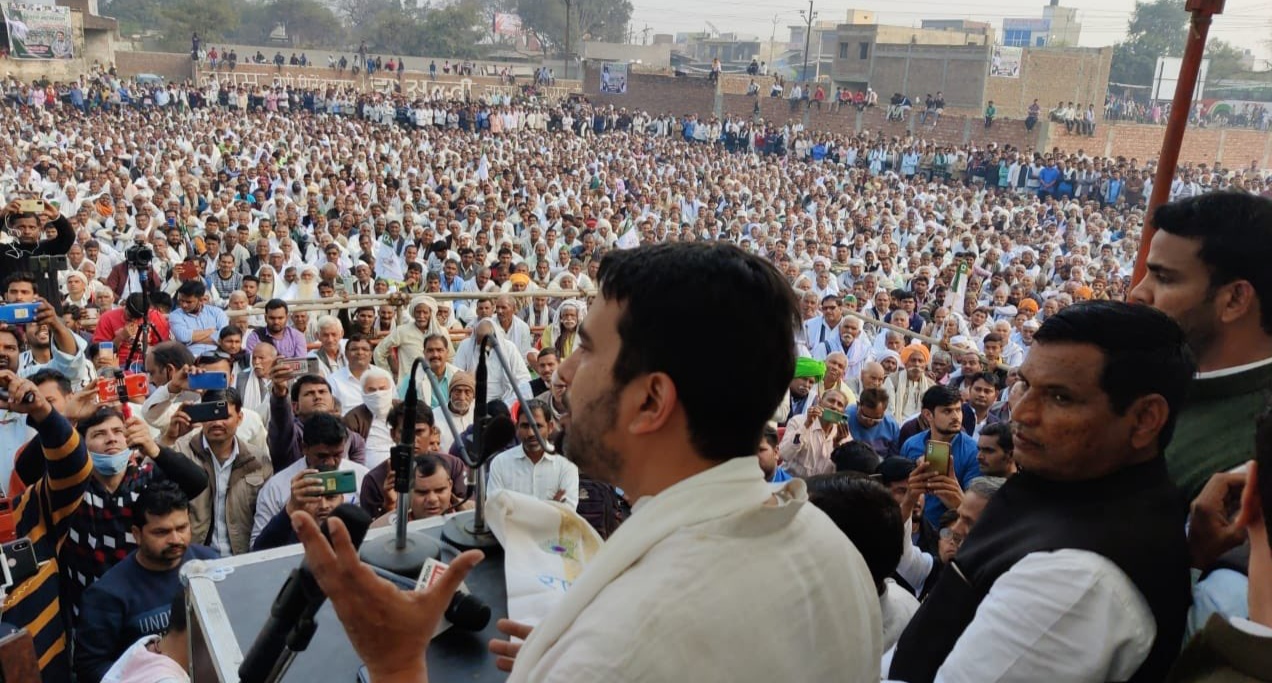 By Rahil Nora Chopra : RLD Vice President and former MP Jayant Chaudhary is working hard to mobilise farmers against farm laws and he had addressed many other mahapanchayats in Bhagpat, Mathura, Bijnore, Shamli and held a rally in Aligarh to show solidarity with the farmers movement and the BKU union leader Rakesh Tikait.  And the RLD have been holding series of meetings with the farmers in Uttar Pradesh from 5 February and continue the events till 18 February this year in a bid to reach out to the people over the three contentious farm bills. The campaign will see Jayant Chaudhary Ajit Singh’s son spend seven nights in different villages of Agra and Aligarh division. “In the Chalo Gaon Ki oar campaign, we will make people aware about farm bills by visiting each and every village,” Chaudhary said.

“We will also inform them as to how the farmer leaders and members of the Jat community were tortured by the government at several places including the Ghazipur border.” Chaudhary had travelled to the Ghazipur border to meet Rakesh Tikait on 29 January and then attended the mahapanchayat summoned by Naresh Tikait at Muzaffarnagar the same day. Having lost this vote-bank to the BJP over successive elections since 2014, the RLD is now looking to capitalise on growing resentment among Jats against the BJP government in the state over the farmer protests.