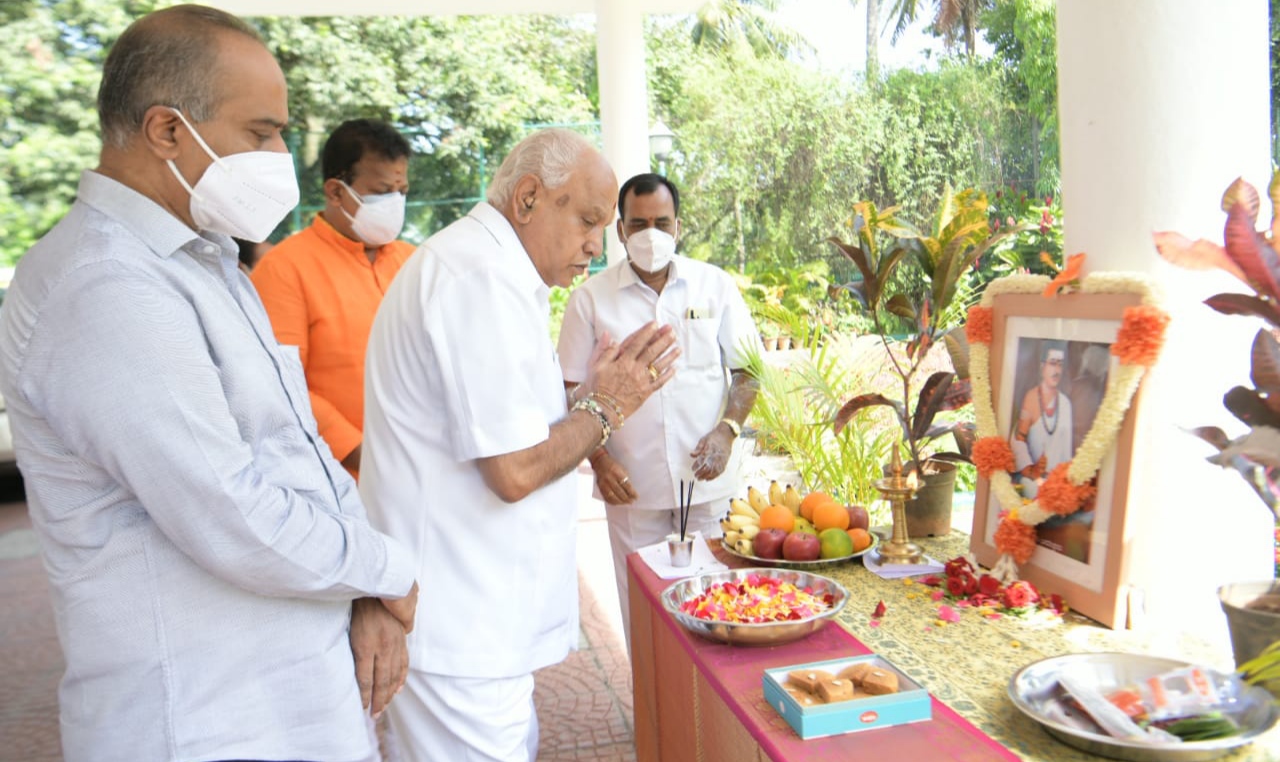 Speculation is rife that the BJP is set to replace Chief Minister B S Yediyurappa but the party leadership has ruled out any such plan. The rumours had gained more weightage when State Home Minister Basavaraj Bommai and BJP vice-president B Y Vijayendra, son of Yediyurappa, arrived in New Delhi on a special flight on May 7 night and met Union Home Minister Amit Shah and party’s national general secretary Arun Singh, who is in charge of Karnataka. The state’s advocate-general Prabhuling Navadagi accompanied Bommai. Yediyurappa is arguably the BJP’s tallest leader in Karnataka. But the Lingayat strongman is aging, and at 78 is way past the BJP’s unwritten 75-year-limit rule for leaders to hold constitutional posts. Going by speculation, Bommai and Deputy Chief Minister C N Ashwath Narayan are in line for the CM’s post. During a recent discussion with the RSS leadership, Yediyurappa is learnt to have given two options for his exit: making Narayan the CM with Vijayendra as the deputy chief minister, or making Bommai the CM and giving Vijayendra a prominent party position. Bommai gave a statement saying that “there was no political motive behind the visit to Delhi. During the Covid-19 crisis there is no question of thinking about anything other than the Covid-19 situation.”