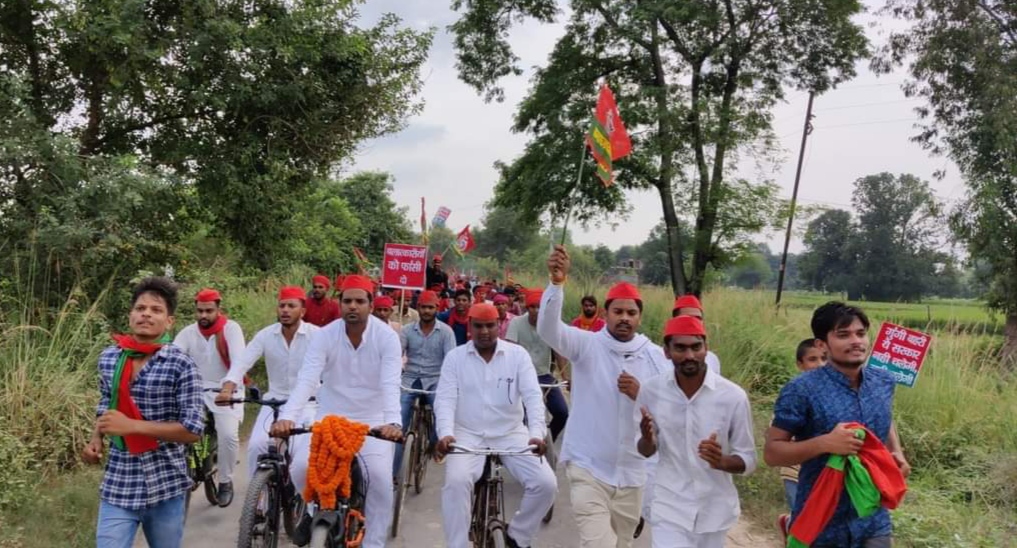 In Uttar Pradesh panchayat elections the Samajwadi Party has almost decimated the BJP in its bastions of Ayodhya, Mathura, Varanasi and Prayagraj. SP chief Akhilesh Yadav, expressing gratitude to the people of Uttar Pradesh, said that people choose SP-backed candidates in the panchayat elections and that’s a clear message from the public ahead of the 2022 assembly election. The SP claims it has won over 1,000 seats. The BSP is said to have won close to 300 seats, and Congress and AAP close to 70 each. The biggest victory, however, has been of independent candidates, who were not supported by any party, but whose votes will be crucial in the indirect elections of the top posts. While BSP chief Mayawati said that despite misuse of official machinery and use of money power by rival parties, the performance of her party has been “encouraging”. Congratulating the party workers, Mayawati said that most of the independent candidates who have succeeded in defeating rival party candidates are those backed by the BSP. In districts including Agra, Mathura, Meerut, Bulandshahr, Ghaziabad, Saharanpur, Moradabad, Hapur, Kanpur, Azamgarh, Prayagraj, Mirzapur and others, BSP has got very good results, she claimed. Meanwhile, the BJP is trying to reach out to 1,238 Independent candidates to wrest maximum posts of zila panchayat chairpersons, which would be held through indirect election.