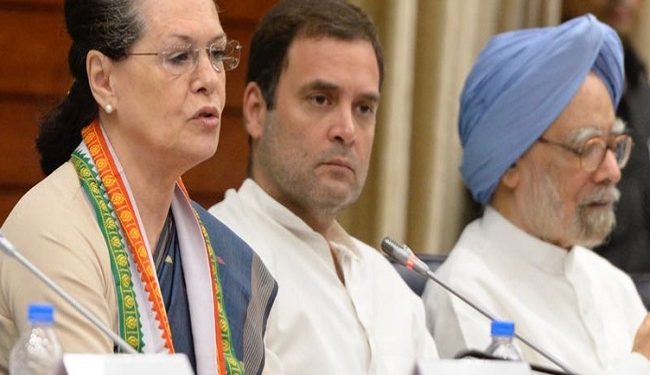 Rahil Nora Chopra : Congress President Sonia Gandhi last week left for her annual medical checkup abroad, a day after she carried out a reshuffle of the organisation. There was a strong demand from Congress leaders both old and young that the 23 members who wrote a letter to Sonia Gandhi about the drift in the party should be punished. However the top leadership not only refused to act vindictive against them but it also ensured they are represented in every important decision of the party. The most significant is the inclusion of Arvind Singh Lovely one of the signatories to that infamous letter, in the party’s central election committee. This is the body that will conduct internal elections to the post of party president and working committee and Arvind Singh Lovely’s presence will ensure the dissident group is aware of the processes and violation. The six member committee formed to assist Sonia Gandhi includes Mukul Wasnik, one of the signatories to the letter; the top policy making body Congress working committee (CWC) has three members from the group include Mukul Wasnik, Ghulam Nabi Azad and Anand Sharma. The communication department has Manish Tewari and Anand Sharma while Jitin Prasada is in the incharge category. According to Senior Congress sources that Azad has been requesting Sonia to be relieved of the general secretary assignment for years. Other old leaders like Motilal Vohra, Ambika Soni and Mallikarjun Kharge too have been relieved from their job.