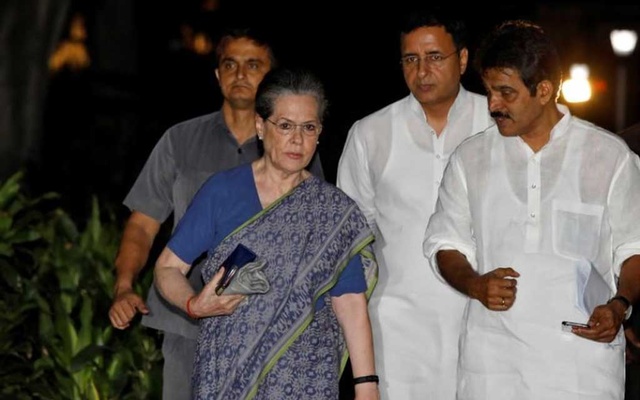 Rahil Nora Chopra : Congress interim president Sonia Gandhi announced the formation of a committee which will study and work the strategy of the party on ordinances. But the significance of the committee lies not in its formation, but in the names. The message it wants to send out is that the Grand Old Party will move on without addressing the concerns raised by those who wrote a letter seeking an active and visible leadership. P Chidambaram is one of the few leaders who was visited by Sonia Gandhi, Manmoahn Singh and Rahul Gandhi when he was in jail. Chidambaram has returned in full form in the party’s affairs. Chidambaram carries with him strong economic credentials and is a legal luminary as well. The dig at the CWC meeting where a group of 23 senior leaders were attacked cannot be missed here. However, Chidambaram, the lawyer, will be seen as a counter to Sibal, the lawyer, who has fought many cases for his party, the most recent being the Rajasthan crisis. The other big entrant is Digvijaya Singh. Post Madhya Pradesh crisis, many thought his career was over politically, as he along with Kamal Nath were seen as being responsible for the departure of Jyotiraditya Scindia. But it is clear that Singh is back in full form. It is a message to Ghulam Nabi Azad and Anand Sharma, who are Singh’s contemporaries.

Next comes Jairam Ramesh who has been made the convenor of the committee. A leader who many thought has been left out in the cold with his Rajya Sabha tenure about to come to an end. However, his return into this committee is being seen as a snub to Anand Sharma and also the message that Sonia Gandhi continues to trust him. Then comes Dr Amar Singh, a former IAS officer and MP from Fatehgarh Sahib, Punjab. Dr Amar Singh was principal secretary to Digvijaya Singh when he was the chief minister of Madhya Pradesh. His appointment is seen as a snub to the other high profile MP from Punjab but who is now being looked down upon for being one of the signatories — Manish Tewari. Then there is Gaurav Gogoi who many say is the rising star. His appointment is seen as a message to the other letter writers — Jitin Prasada and Shashi Tharoor. Prasada incidentally shared the same proximity to Rahul Gandhi which Gogoi now enjoys. The committee has the stamp of both Sonia and Rahul Gandhi, but more significant message is that that you need to be on the right side and not write letters if you want to be in the good books of high command.

(The writer is an independent journalist based in Delhi. He tweets @chopra_rahil )