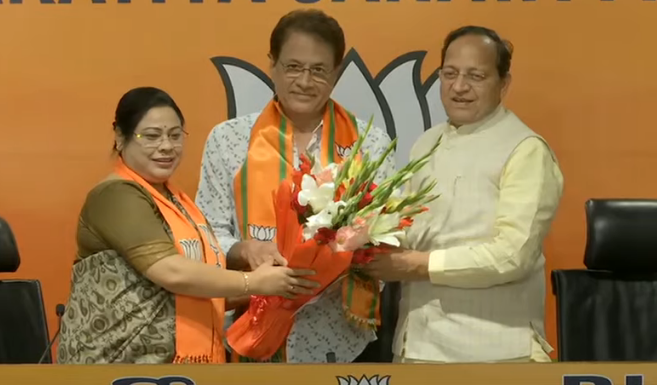 Actor Arun Govil, who played the role of Lord Ram in the famous Ramanand Sagar TV serial Ramayan, has joined the BJP. Govil told the media that West Bengal Chief Minister Mamata Banerjee’s irritation to the‘Jai Shri Ram’ slogan was a trigger point for him to make the move. Govil asserted that there was nothing wrong in saying ‘Jai Shri Ram’. While TMC leader and West Bengal Chief Minister Mamata Banerjee said on Thursday that the BJP’s “poriborton” (change) slogan was originally hers and that the saffron party was simply trying to copy her. She Mamata asked the TMC youth workers to remain alert at polling booths on the eight-phase voting days. But the question remains, will the Indian telescreen’s Ram, Govil, persuade Mamata to see otherwise?