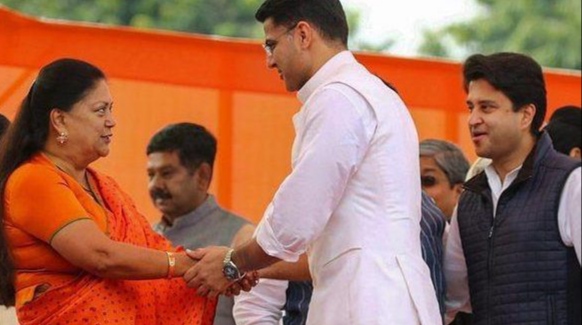 Rahil Nora Chopra : At last the Ashok Gehlot government in Rajasthan won the confidence motion in the state assembly. It was seen that the fight was between the BJP and Congress but at the end it was the fight between certain personalities in both the parties. At the time of formation of the new ministry in the state, Ashok Gehlot accepted Sachin Pilot as his deputy chief minister and he was PCC chief at that time. In the last 18 months, Gehlot was ignoring Sachin. While Gehlot spent Rs 27 crore from the government for his publicity, not a paisa was sanctioned for Pilot. As Gehlot retained Home and finance ministry, he ensured that no funds were released for Pilot’s departments and he was not allowed to choose his own staff. Therefore the fight between Gehlot and Sachin Pilot started from the first day of formation of Ashok Gehlot govt. Even after the intervention of Congress high command Gehlot accepted Sachin Pilot but not with the heart as well as Sachin did not accept Ashok Gehlot as a leader. On the other hand, in BJP former chief minister Vasundhra Raje Scindia was ignored by the high command and state BJP chief Satish Punia and central minister Gajendra Singh Shekhawat was given command for dislodging the Gehlot government. As a result, the move taken by Punia and Gajendra was damaged by Vasundhra Raje Scindia. Ashok Gehlot was thus confident that even Pilot and his MLA’s do not support his government, Gehlot will show his majority in the house due to the proximity with Vasundhra Raje. According to BJP sources, there are 48 MLA’s of BJP from total of 72 MLA’s are loyal to Vasundhra .The Maharani has emerged stronger from the battle and she will make her bid to become the BJP candidate for chief ministership, thereby making the battle in BJP now more interesting.