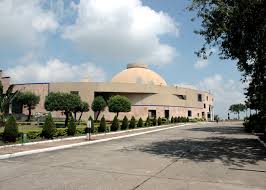 Rahil Nora Chopra : Election Commission of India (ECI) has deferred the Rajya Sabha elections that were scheduled for March 26. This time, 55 seats in the Upper House of Parliament were up for grabs, and out of those, 37 candidates have already been elected without a contest. The decision on holding the Rajya Sabha election for the remaining 18 seats will be taken based on the prevailing situation, sources said. Meanwhile, the BJP government in Madhya Pradesh, led by Shivraj Singh Chouhan, had taken oath after the fall of Kamal Nath-led Congress government due to the resignation of 22 Congress MLAs from the assembly. Now it is interesting to see whether the coronavirus lockdown will affect the chances of RS election for Digvijay Singh and Phool Singh Baraiya. The first preference vote will decide the winning candidates. On the other hand, Madhya Pradesh Congress is thinking of declaring resignation of all the 92 MLAs from the assembly at the time of announcement of by-election in 24 seats, which would result in mid-term polls in Madhya Pradesh.